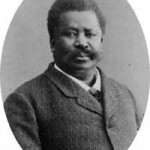 On Tuesday 17 April, I’ll appear on BBC Radio 4’s language programme Word of Mouth. The show, presented by Chris Ledgard, is exploring the legal and linguistic issues surrounding the word ‘Olympic’, and I offer some thoughts on the word’s history. Before the International Olympic Committee was created in 1894, many different events were called Olympic or variants of it, like Olimpick and Olympian. These included sports festivals, like the Liverpool Olympic Festivals of the 1860s, the Morpeth Olympic Games that ran from the 1880s until 1958, and the Wenlock Olympian Games, as well as circus and music hall acts. My favourite, from 1815, is My Gyngell’s travelling variety show, which featured ‘Hydraulicks, Hydrostatics, Deceptions, Musical Glasses, Sagacious Birds, Astonishing Dogs, Olympic Exercises, and the Equilibrium Wire’. Or how about Pablo Fanque’s ‘unrivalled Equestrian Troupe’ who, in the 1850s, toured Britain with their ‘Wonderful and Extraordinary Feats, introducing New and Novel Features in the Olympian Games and Scenes of the Circle’.

The key thing is that all of these events were called Olympic or its variants: there was no monopoly on the word, as there is now, and its is up to historians to stress this historical diversity. We even have IOC founder Pierre de Coubertin on our side: “The term [Olympic] is in the public domain,” he wrote in 1910.  “If you are not afraid of looking ridiculous, and if your efforts are considerable enough to be compared to what goes into organising a standard Olympiad, go ahead and use it. No one has the right to prevent you from doing so.”