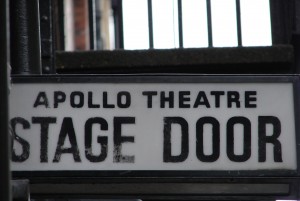 Every year, my brother takes my children, my wife, and me to the theatre as a Christmas treat. It’s a lovely tradition that gives us all an annual highlight, as we experience the best of the West End as a family. This year, we all chose The Curious Incident of the Dog in the Night-Time, Simon Stephens’ adaptation of Mark Haddon’s famous novel about a boy with learning difficulties making sense of his world. We had all read the book, and were keen to see the acclaimed stage version. After meeting for dinner, we made our way through China Town in heavy rain, and got to the Apollo Theatre shortly before the curtain. Our seats in the dress circle gave us a good view of the stage, and gave us a great sense of the ornate Edwardian styling that still defines this beautiful theatre. Seeing such a modern play, with its set based on graph paper, its discordant sound effects, and its contemporary story of autism, in this heritage surrounding was a great reminder of the continuities and changes that characterise so much leisure and popular culture: the settings remain the same while the stories and the people change.

You probably know what happened next. Forty minutes into the play, I heard screaming and shouting from the upper circle, and saw the actors run to the back of the stage. It felt like part of the play, with its deliberately confusing and discordant effects. That feeling went within a second, as large chunks of debris fell past our seats in the dress circle and on to the people in the stalls, and as we were all enveloped in a cloud of black dust, a century’s worth of particles from the roof void released onto an unsuspecting crowd. The fabric of the theatre coated us, and we had no option but to inhale it.

The news channels have been full of the story, and I don’t need to narrate it here. Key personal details will stay with me forever, though. The calm but precise way in which my family got together and got out of the auditorium, along with the rest of the crowd, with no traces of panic anywhere. The sheer confusion over what we had just witnessed, and the fear that there would be many serious casualties in the stalls, where the debris fell. Helping a girl, clearly in shock and with a small but messy cut on her head, to get down the stairs. With my youngest son in shock, being among the first into the foyer of the Geilgud Theatre, where the front of house staff immediately took charge with water, tea, and blankets, turning the room into a refuge and triage centre for dozens of the Apollo audience. Distributing water and tea to the walking wounded from the stalls as they filed in with their faces and clothes black with dust, and blood already drying on their faces. The calm and patient elderly Japanese man who sat quietly waiting for triage with his right hand at completely There was something surreal about these moments, as the elegant surroundings of a West End foyer was quickly transformed into a makeshift centre for the injured, the shocked, and the confused. There was plenty of humour, too – the now clichéd joke about the show being so good that it brought the house down was doing the rounds in minutes, while others reached for the old chestnut of ‘But what did you think of the play, Mrs Lincoln?’ My top award for Blitz spirit goes to the man with the head wound who asked if I could pop some Scotch into the glass of water I was offering him. And over it all, the amazing work being done by the emergency services – there is nothing like a major incident to make you appreciate how staggeringly brilliant and selfless these people are.

I’m not the person to write the history of this event in which, miraculously, no-one was killed. All I can do is think about the shock of seeing an Edwardian theatre in the heart of London’s West End being turned into a disaster zone in seconds, and how the people of that historic entertainment community come together to deal with disaster.