From Hamilton to Glasgow 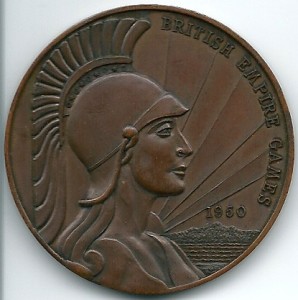 Medal from the 1950 British Empire Games, held in Auckland

The summer of 1930 saw the inaugural versions of two international sporting events. The first was dedicated to a single sport, football, and was given the ambitious name of the World Cup by its promoters, FIFA. Held in Uruguay with just 13 teams, all from the Americas and Europe, it has proved to be an immensely popular event that has evolved over the 84 years since its birth. The other new event in 1930 was a little more modest, but it too has evolved and lasted. Held in the Canadian city of Hamilton, the multi-sport event was called the British Empire Games. Eleven teams took part (only two fewer than in that year’s World Cup), with a more geographically diverse spread that took in Australasia, the British Isles, Africa, South America, Bermuda, and Canada. Today, the latest version of this series is starting in Glasgow. Held every four years since 1930 apart from in 1942 and 1946, they went from being called the British Empire Games to the British Empire and Commonwealth Games in 1954, changing to the British Commonwealth Games in 1970, and then the Commonwealth Games in 1978. They now attract 71 teams from across the world, made up of countries, territories, and dependencies from the South Atlantic to the Pacific via the Caribbean, Africa, and Asia, as well as separate teams from England, Guernsey, the Isle of Man, Jersey, Northern Ireland, Scotland, and Wales.

For those of us born into post-colonial Britain, for whom the history of empire is a controversial subject, the Empire/Commonwealth Games offer a fascinating way into the UK’s overseas history. The list of teams at the Games tell a story about the spread of British influence across the globe, but also of the ways in which the retreat from empire that has characterised the post-1945 period has been managed. It tells a story of language and culture, and of how efforts have been made to maintain a relationship once the direct reins of control had gone. But if we look closer, certain absences tell us more difficult stories about imperial history. The United States of America (or at least part of it) and the Republic of Ireland are both former imperial possessions, but neither sends a team to the Games, and while post-apartheid South Africa is now back in the fold, its neighbour Zimbabwe remains isolated. These absences are not part of the comfortable and naive narrative of how the Commonwealth Games are a celebration of how well the British managed their empire. While the Games are a triumph of cultural bonding, and are not matched by anything remotely on this scale by the other former European empires, it is always important to look for who is not involved as well as who is. 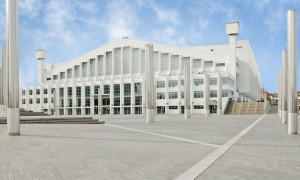 The other critical issue that arises from a glance at the history of these Games is the political economy of hosting. The Games have always welcomed as many teams as possible  from throughout the Empire/Commonwealth: they were never the ‘Anglo-Saxon Olympiad’ that J. Astley Cooper, a Victorian advocate of using sport to maintain imperial power, wished to see. However, while teams from around the world have taken part, the hosting of the Games has been dominated by Great Britain and the old dominions of Canada and Australasia, a pattern that is continuing today and in 2018. If we include Glasgow 2014 and the next Games for which a host has been allocated, Gold Cost 2018, then we can see that of the first 21 events, only three have been/will be held outside Australia, Canada, Great Britain, or New Zealand. Jamaica (Kingston 1966), Malaysia (Kuala Lumpur 1998), and India (Delhi 2010) are the exceptions to the hegemony of the imperial mother country and the former dominions. Of those four countries, and including 2014 and 2018, Great Britain tops the hosting list with six Games (London 1934, Cardiff 1958, Edinburgh 1970 and 1986, Manchester 2002, and Glasgow 2014), followed by Australia with five (Sydney 1938, Perth 1962, Brisbane 1982, Melbourne 2006, and Gold Coast 2018), Canada with four (Hamilton 1930, Vancouver 1954, Edmonton 1978, and Victoria 1994), and New Zealand with three (Auckland 1950 and 1990, and Christchurch 1974). Despite the presence of 18 African members of the Commonwealth, the Games have never been to that continent, nor, despite the fact that England, Scotland, and Wales have all hosted them, have Northern Ireland. This is an intriguing area that needs further research, but it tells us a great deal about power relations in the Commonwealth.

Despite the cynicism that I am, as a historian, contractually obliged to bring to these events, I’m looking forward to the Games. They provide a great opportunity for smaller nations and territories to get noticed: seeing #Tuvalu and #NorfolkIsland trending on Twitter during the opening ceremony last night was great. Similarly, the fact that the Commonwealth Games have incorporated some para-sports into the full programme rather than run a separate event is all to the good. We just need to make sure that, alongside the celebration, we don’t choose to forget the more complicated historical narratives behind this sporting event.