One of the most intriguing of the many pre-Coubertin Olympics that I came across in my work for The British Olympics was held in West End, Hampstead, in 1799. Thanks to and article by local historians Marianne Colloms and Dick Weindling, we have a poster for a Grand Fete at West End which included a revival of the Ancient Olympic Games. To find out more about this obscure festival, come along to a talk that I’m giving with Played in Britain editor Simon Inglis at West End Lane Books, 277 West End Lane, West Hampstead on Wednesday 4 July. The talk starts at 7.30. Places are limited, so please book ahead. You can book by phone on 020 7431 3770, or by email on info@welbooks. co.uk. 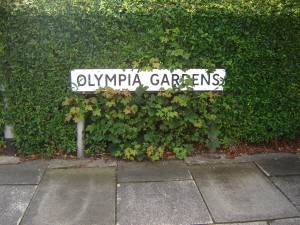 Hampshire and the Olympic Games

On Friday 2 March 2012, I’m giving the Annual Local History Lecture for the Hampshire Field Club & Archaeological Society. The title is “Hampshire and the Olympic Games: a local history of a global event”. There will be refreshments form 7.30 pm and the lecture will start at 8pm at the Hampshire Record Office, Sussex Street, Winchester. The evening will include an opportunity to buy signed copies of The British Olympics. There is no charge, but spaces are limited so if you wish to book, please contact Gill Rushton, c/o Hampshire Record Office, Sussex Street, Winchester, SO23 8TH.

Filed under Archives and Libraries, Talks

Henry Taylor won three gold medals in the pool at the 1908 London Olympic Games, and a clutch of other medals between 1906 and 1920. Paul Taylor”s piece in the Manchester Evening News uses Henry Taylor’s story as a way in to The British Olympics.

Southampton and the Olympic Games 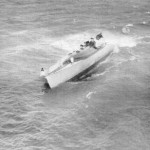 Motorboat racing on Southampton Water at the 1908 Olympic Games

The Southern Daily Echo picked up on Southampton’s Olympic history in this feature on The British Olympics. Thanks to journalist Keith Hamilton for a great piece. One of my aims in writing the book was to remind people all over the country that the Olympics are not just about London, so it was really gratifying to see this kind of local appreciation. 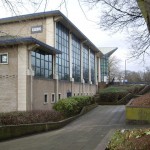 After the excitement of the book launch on Wednesday, I spent Thursday morning at the BBC’s Southampton studios giving interviews to four local radio stations. My book The British Olympics tells the story of a variety of Olympic events that took place all over the country, so there is a lot of local interest. First off was Radio Gloucester, who wanted to know all about the Cotswold Olimpicks, while Radio Oxford concentrated on the connections between Stoke Mandeville Hospital and the Paralympics. For Radio Sussex and Surrey, I looked at Sandhurst and Bisley as Olympic sites, and at the notorious Mr Nurse of Brighton, who was disqualified three times from the 1866 National Olympian Games when his professional status was foiund out – once in the swimming and twice in the athletics. Finally, Alina Jenkins of Radio Solent interviewed me about Hampshire and the Isle of Wight, where the sailing and motorboat racing at the 1908 Olympic Games took place.